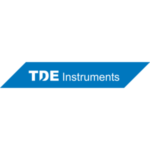 Innovative, individual and multifunctional: The multifunctional measuring devices DPM72-MPP, -MPPV and -MPPA with RS485 Modbus interface are characterised by extensive functions and configuration options. Depending on the model, the measuring types analogue signal (2 ×) 0/2 to 10 V and/or (2 ×) 0/4 to 20 mA DC are supported. The individual configuration of the devices as well as the real-time data transmission of all measured values is ensured by the Modbus interface. Thus, the DPM72 measuring devices are versatile and lend themselves to a wide range of industrial applications. The multifunctional measuring devices are particularly in demand in the area of monitoring machine and operating data and are especially suitable for retrofitting, as they can be easily integrated into existing systems thanks to the RS485 Modbus protocol and can communicate with Modbus devices from other manufacturers without any problems. In addition, they can be mounted on DIN rails as well as, through corresponding holes on the housing, on other backgrounds.

Using the configuration software „Digalox Manager“ the measuring devices can be set up individually. Once set up, the DPM72 transmits your measured values reliably and in real time. The measured values can be graphically evaluated within the software and exported as a CSV file.

Two galvano-isolated alarm outputs enable an alarm to be triggered and switch-on or switch-off procedures to be carried out when individually adjustable threshold values are reached.

Radio data transmission 2.4 GHz measuring network
Thanks to the radio interface, the DPM72 measuring devices can be used universally. The measured values can be transmitted wirelessly up to five times per second. The mesh network offers a robust connection that ensures continued operation even if individual radio nodes fail. This makes it possible, for example, to modernise older or technically outdated machines (retrofitting) without any problems and without having to carry out costly and time-consuming retrofitting.